Sanctuary of Saint Xiao of Moraime

The church of San Xiao of Moraime is a XII century Romanesque building, with a basilica-style floor plan with three naves and three apses.

The columns that separate the naves are square shaped, except for the last one between the central nave and the north side, which has a circular shape. Attached to each pillar, there are four circular semi-columns that support the semicircular rest arches, that separate the naves and transversal or cross-cutting ribs, upon which the wooden roof rests.

The central nave, wider than its sides, is divided into five sections with semicircular arches, different from the lateral naves that have pointed arches.

The north wall is divided into five sections, separated by four columns that rest upon a terrace that surrounds this whole wall. In this section, beautiful blind windows can be found, alternating with spans that open up to the exterior in slope.

The southern aisle shares the same features as the north side, although with certain differences due to having the old monastery attached to it, and which communicated with the church through a door of great architectural value that, until recently, was walled up.

In addition to the church decor, it is represented by its capitals decorated with plant designs and by paintings discovered in 1970 below the layers of lime that covered the interior walls. These paintings, divided in eight canvasses, represent the seven deadly sins and death, towards who they fire their arrows to. There are different opinions as to the date of the paintings: whilst for some they are from the Middle Ages, for others, its antiquity does not go beyond the XVII century. Due to the humidity, these paintings are in a very bad state of conservation.

The main façade is divided into three bodies, separated by two buttresses that correspond with the start of the nave. The wide central body is from where the portico that leads into the church stands out.

In each of the lateral bodies, a beautifully constructed semicircular window opens up, with a rosette above each one. Each lateral angle of the façade ends in a bell tower: the north side preserves its original form and the south side is modified.

The portal of the main façade that gives access to the church, presents a flared shape with three pairs of columns angled with figures, that according to some authors, represent the Apostles, over which a number of other archivolts with figures of radial form rest, and remind us of the Portal of Glory (Pórtico da Gloria) from the Cathedral of Santiago. In the tympanum we can see biblical figures on both sides of the Saviour.

The wall on the north side is composed of five buttresses joined by an arch. The wall on the south side is divided into three pillars and two big buttresses, surrounded at a medium height by eaves that indicate that this wall was attached to the old monastery. It is in this wall where the door discovered in 1975 is found, adorned by four columns decorated with geometrical motifs and fleur-de-lis in its shafts, and finishes with various motifs that complete the architectural layout of the beautiful door. 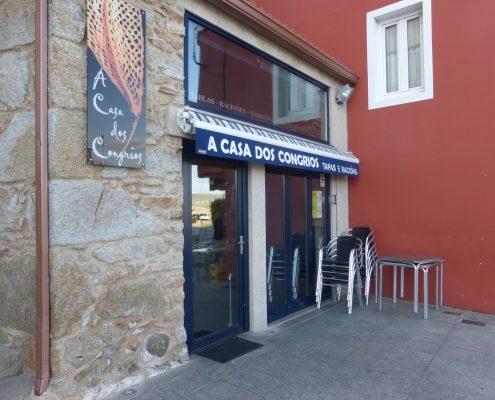 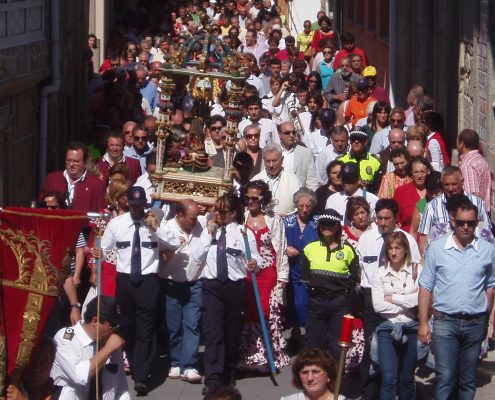 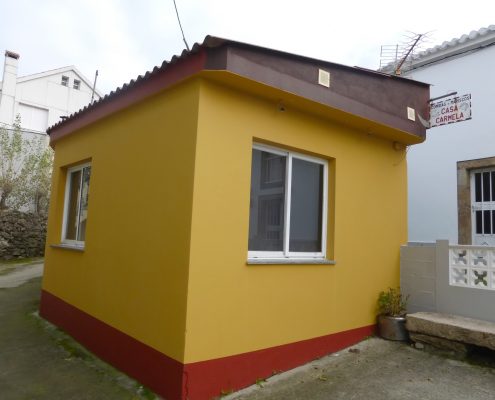 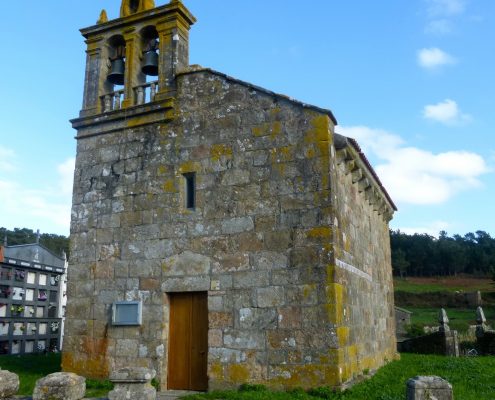