Sanctuary of A Barca

The cultural history of this town is linked to the Sanctuary of Our Lady of A Barca (santuario da Virxe da Barca) and the Stones (pedlars) within its surroundings. Throughout the centuries, it has been a magical-religious object of worship and of veneration for thousands of pilgrims that travel the Way of St. James from Santiago to Muxía – Fisterra. The arrival at the Sanctuary becomes the expected reward for the effort made to reach the end of the Way, the place where the Virgin arrived in a stone boat to inspire courage to the Apostle James. A Barca pilgrimage is recognized as a National Tourist Interest, receiving thousands of visitors each year during the month of September.

“You cannot understand Muxía without A Barca”, says local historian Xan Fernández Carrera, author of several books and guides about Muxía. It even defines the annual calendar: “I remember about 35 or 40 years ago, if you asked someone when they were going to do something, they would answer before or after A Barca”, continues Fernández Carrera.

The place is spectacular, both the religious site itself and the atrium which stretches out beyond the wall to the “magical” stones, which boast curative and prophetic properties: the Oscilating Stone (Pedra de Abalar), the Kidney Stone (Pedra dos Cadrís), the Lovers stone (Pedra dos Namorados) and the Rudder Stone (Pedra do Temón). They are in fact the remains of the vessel in which according to legend the Virgin Mary came to encourage St. James in his task of evangelisation.

The temple was rebuilt several times, it is believed four times, the last time in 2015. On Christmas Day 2013, the sanctuary suffered a tragic fire that left the altarpiece and roof entirely burnt-out. Only the exterior walls were left standing, along with some elements like pews and confessionals. In addition, the lateral altars were able to be recovered.

This serious incident left a lot of sorrow in the devotees, who have shown, even more, devotion towards the Virgin. In fact, the number of visitors has increased since the tragic event. Moreover, Muxía is also the end of the St. James’s Way towards the Atlantic and more and more pilgrims increasingly arrive along the Coast Way or by the Royal Way.

From here a Stone pathway leads up to the top of mount Corpiño (68 metres), from where there is an excellent view of the town and the sunset, the estuary, Cape Vilán on the headland opposite, the beaches of Leis and O Lago, Mount Facho – look for the aerials – and the headlands of Cachelmo and A Buitra.

A Pel fountain (fonte da Pel where pel means leather) is a beautiful and magical place next to an old pilgrims road known as A Pel road (camiño da Pel). It is very close to the headland of A Barca. Pilgrims and the sick would wash at this fountain before going into the shrine of A Barca, in order to avoid being infected with leprosy.

Perello Hall (sala do Perello where a perello is a demon or will-o-the-wisp) are huge stones that form a little room on their inside – you can only see it by coming closer. These impressive rocks take up the view on this stretch of the coast. There was a legend in the area (now lost) that told the story of a tailor who lived here. 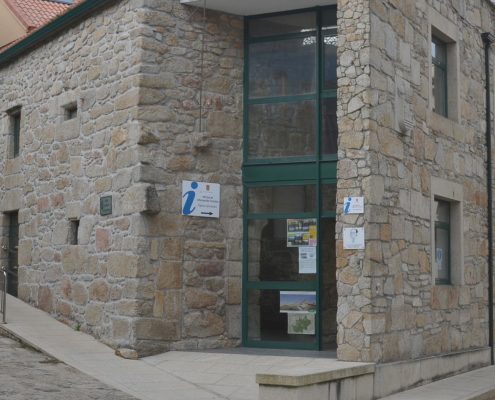 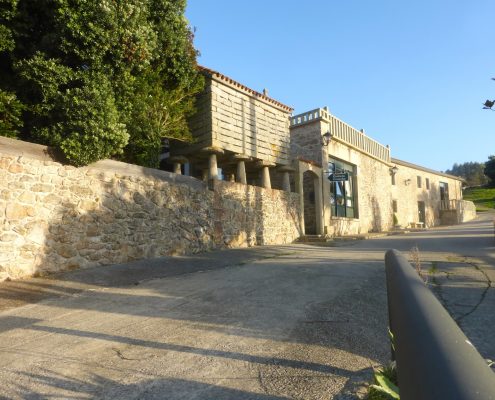 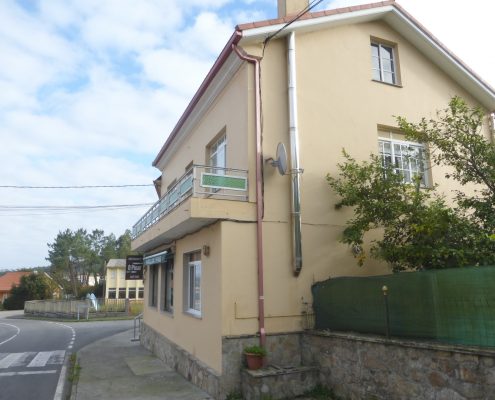 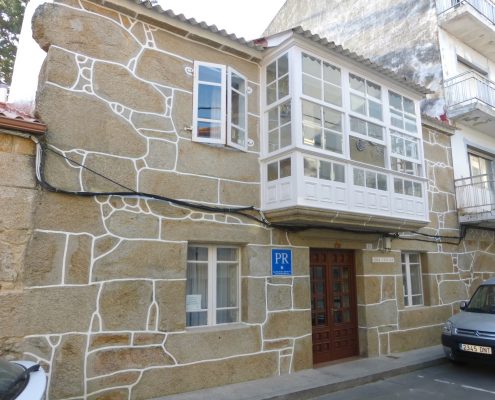