Baroque style temple with a Latin cross shape with three altarpieces in its interior.

Completely rebuilt during the XVIII century. The ensemble formed by the Rectory, granary, atrium and the celebration field, creates an intrinsic whole of particular beauty.

Church of Our Lady of O

The present church is the product of several reconstructions made at the end of the XVII century and beginning of the XVIII century.

Church of Saint Peter of Leis

Romanesque temple of reduced dimensions. It consists of one only nave with a wooden roof and a rectangular apse.

Founded by the Moraime Benedict Fathers in 1670, nowadays depends on the parish of Saint Peter of Couceiro.

Located close to Chorente, a pilgrimage is celebrated on the Sunday after the feast day of this saint.

Chapel of Saint Isidro of Quintáns

Founded in the XVII century by its confreres, with D. Lope Vázquez topping the list, from Señores, near Suxo.

Chapel of the Lady of the Pilar of Suxo

Founded by the locals in 1902. There is a cross in front of the chapel that was donated by Cuban emigrants from Suxo.

It has a baroque-style bell tower, separated from it and located in a higher spot that, along with the granary and the cross, form a curious stony ensemble.

Chapel of Saint Outel of Castro

Dedicated to the before-mentioned saint and founded in 1660 by Mr. Juan de Cantorna. Next to the chapel, there is an interesting cross that preserves an inscription that makes reference to the founders of the sanctuary.

Temple of small dimensions. Its oldest part dates from the XII century, modified around 1700. In its main façade, we can contemplate a stone figure of its patron. There is a cross near the church.

There is a small square with a cross and an old oak tree in front of the church, which, together with the buildings that surround them, provides a traditional appearance. 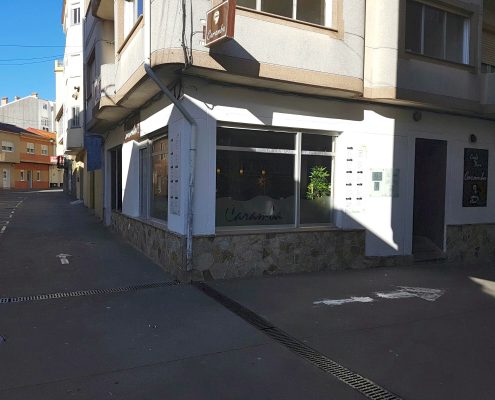